You are here: Home / Pro Players / Serena Williams is Knocked Up 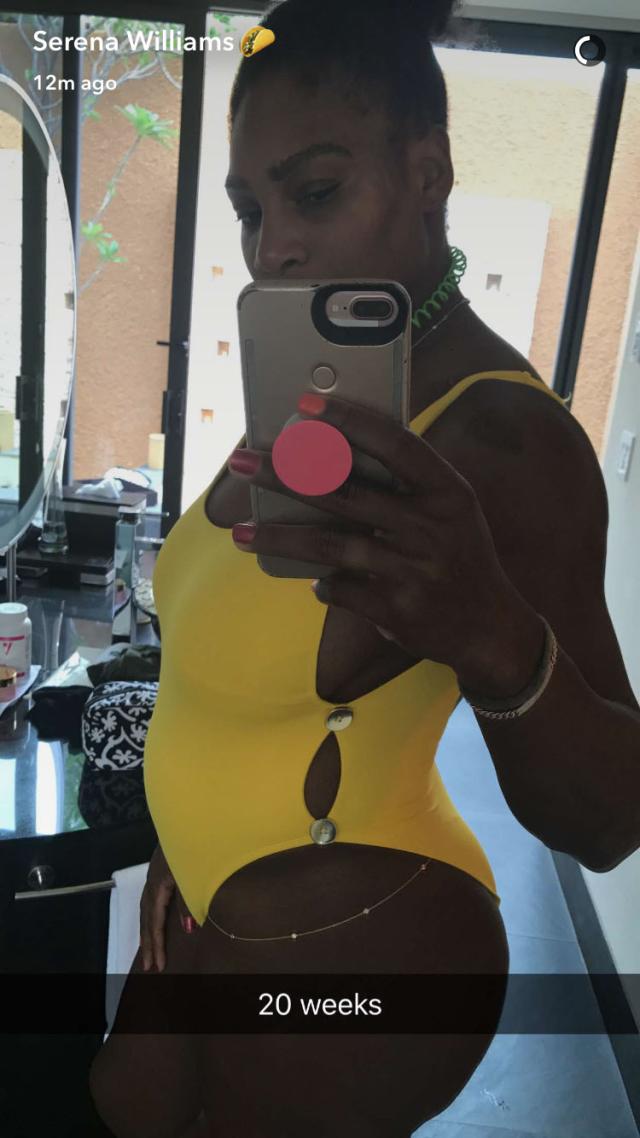 She just posted to her Snapchat that she’s 20 weeks preggers. I’m not sure how that’s going to allow her to continue to play competitively.

Alexis Ohanian is. You know, one of the founders of Reddit (great tennis sub-reddit too).

The couple announced their engagement not long ago, January 28th, 2017.

Woah, woah, woah. Wait a minute, let’s do some math here. She’s 20 weeks pregnant, so that would put the top seed (pun fully intended) coming through around November 30th, 2016. Which means that she won the 2017 Australian Open while 2 months pregnant? Nice work!

Honestly, not that I know of. Though, I don’t really see her coming back from maternity leave, however long that might be.

Serena has accomplished so much already in her illustrious career, so why not put the racquets up and call it a career?

She could pull off a Kim Clijsters and come back after starting a family and win a couple more major tournaments. That could be cool.

What do you think will happen? Will Serena Williams come back from this or is her career done? Let me know in the comments.